German Shepherd dogs are one of the most popular breeds in the world for a number of reasons. One of those reasons is their temperament. It’s this temperament along with their intelligence that makes them so useful as service dogs, both in the police and the military. So what exactly is the German Shepherd temperament like? 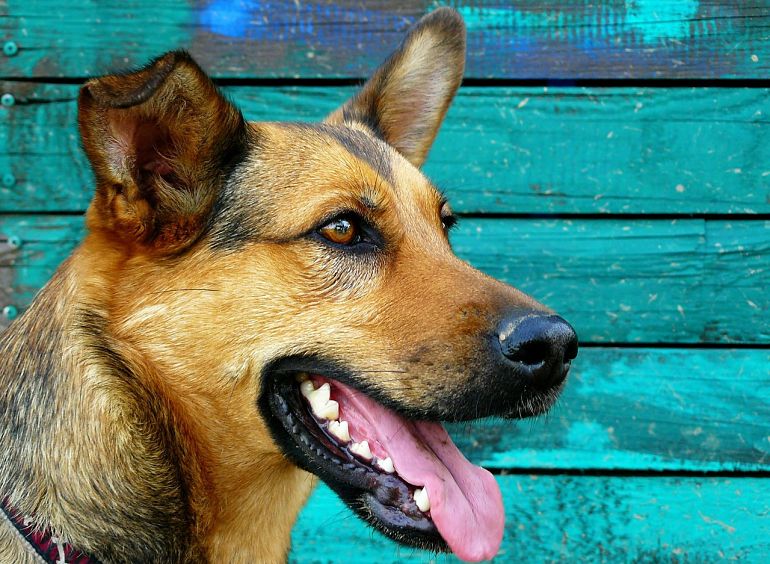 The German Shepherd temperament is confident and self-assured; they’re a real steady Eddie, treating everyone they meet the same. And as I mentioned, they’re also very intelligent dogs which makes them easy to train for just about any task.

German Shepherds also have bundles of energy and just love to play. One side effect of this, along with their intelligence, is that they can easily become bored if you don’t keep them occupied, and this can lead to unwanted behavior such as chewing and barking. Give them plenty of attention, exercise and things to do though, and you’ll have a loyal friend for life.

And it’s this loyalty along with their obedience that means they make wonderful companion dogs.

In addition, German Shepherds also make excellent guard dogs on account of their alertness, curiosity and watchfulness. And their natural curiosity also makes them very useful as search dogs.

One thing to be aware of is that if you don’t socialize your German Shepherd from a young age, their natural watchfulness can translate into them being over-protective of you and the rest of the family, along with what they consider to be their territory. And even when properly socialized, German Shepherds are still somewhat wary of strangers and won’t immediately consider them friends.